﻿The Power Of Binaural Beats And Holosync Can Change Your Life

What if you could have a technology that allows you to meditate like a Zen Buddhist monk? Imagine all the benefits you could get from being able to enter a very deep meditative state without any effort. Can you think of anything you would like to program into your mind during this state? I bet you can.

I am about to introduce you to a relatively new technology that uses Binaural Beats. This technology is cutting-edge and can bring you all the benefits that would otherwise take you 30 years to acquire! I am talking about a meditation program by Centerpointe Research Institute called Holosync. I am going to share with you how this technology works and the benefits you can get from its use as well as the potential dangers that may not be immediately apparent.

Unlike other binaural beats recordings Holosync is a course and not a single recording. It is possible to purchase binaural beat recordings designed for a single purpose. They come in the form of CD and each one is designed to produce just one specific state. However Holosync is very different. The major affect that Holosync promises to produce is the elimination of past negative programing such as traumas, strong and slight emotional issues, negative memories and negative beliefs of all kinds.

To get a comprehensive answer to this question we are required to delve a little deeper into the technology itself and look at the foundation upon which Holosync is built. I am of course talking about Binaural Beat Technology.

It was in 1839 that Binaural Beats were first discovered by a man named Heinrich Wilhelm Dove. However it was much later, in 1973, when Gerald Oster released a paper called “Auditory Beats in the Brain”, that their use in cognitive and neurological research was discovered. These beats are in fact different specific frequencies giving to the left and right ear. The audio produced by using binaural beats can send anyone into a deep meditative state in just a few short minutes. These states are Alpha (light trance), Theta (deep trance) and Delta (dreamless sleep).

Binaural Beats are created by an audio mixing technique that sends different frequency tones to each ear separately. They are designed to alter the listener’s brain wave activity and they do this very effectively. You merely put on some stereo headphones, sit or lie in a comfortable position, close your eyes and allow the sounds to do their work. You don’t even have to force yourself to relax.

Scientists have long known that when brainwave patterns change they affect the body. Chemical reactions take place as a direct result of these chnaging brainwave patterns. Such reactions in the body’s chemistry usually results in profound positive changes throughout the whole physical system. In essence binaural beats appear to have the same impact and benefits of very deep meditation. It has been shown that this technology produces exactly the same brainwave patterns as those practising deep meditation. For normal people like me and you this is great news. Usually it takes the a life commitment to learn transcendental meditation. Practitioners of such deep meditative practises devote many hours everyday to perfecting the technique. You can do it in minutes. In fact entering even light states of trance can take years to learn and perfect.

The state of transcendental meditation is said to be enormously beneficial to humans. It can stimulate the creation of certain hormones needed by the body and reduce things like blood pressure and it is even said to slow down and reverse effects of the aging process. So the benefits of entering a deep meditative state are apparent as are the benefits of using binaural beat technology to do it.

As far as Holosync goes the other major benefit, as if we needed one more, is that the state produced by the Centerpointe recordings allow you to directly access the subconscious mind.

This means that the Holosync meditation recordings can be used with any other personal development tool, like subliminal recordings, hypnosis sessions or even as an aid to visualization, with dramatic effects. Using this type of 21st Century technology means you can therefore alter limiting or negative beliefs, heal emotional issues or create new positive behaviours in a fraction of the time it would take you using conventional means and with a much higher success rate.

Here are some of the benefits of transcendental meditation:

1. Creates a deep relaxing feeling throughout the body which stays with you for hours afterwards.

Now with all the benefits that transcendental meditation brings, and the fact that Holosync produces the same internal states as this meditation, it would be extremely prudent to try it. The real power of the binaural beats behind the Holosync recordings is that they can be used to induce a meditative state and thus create these changes with no effort whatsoever. All that you need to do is wear stereo headphones, sit or lie down in a relaxing position, close your eyes and allow the audio to do all the work. You only need the discipline to listen to the recordings everyday!

The Binaural Beat market is filling up with manufacturer’s who offer some great titles. It is also possible to create your own with the proper software. Unfortunately, here lies the danger! You need an in-depth knowledge of brainwave patterns and their effect on the mind and body in order to create the correct frequencies. There are several forum postings that state the improper use of binaural beat technologies has created negative and even damaging results on some people. For this reason I would not recommend creating your own binaural recordings. Likewise, you should be very careful about where you get your recordings. Seek professional, qualified people who know what they are doing so that you know you are getting a quality product.

The CEnterpointe Research Institute, and the Holosync Solution which it produces, are the brainchild of Bill Harris. He created Holosync in 1989, is trained in hypnosis and as well as being a qualified trainer of NLP (Neuro Linguistic Programming). He has studied contemporary psychology, quantum mechanical physics, the evolution of non-linear systems and the effects of a wide range of neuro-technologies on human behavioural change, evolution and healing. Holosync has also been endorsed by some top personal development trainers such as James Arthur Ray and Jack Canfield (chicken soup for the soul author) both of whom appeared in the movie The Secret.

The downside of the Holosync technology is that you need to listen to it everyday to get maximum benefit and it also comes in stages as a course. However, Bill Harris insists that you do not need to continue using it and can stop after each stage of the course is complete while permanently retaining all the changes you’ve made. You can of course continue and go deeper into the ‘meditations’ if you wish. The Holosync solution does create deep states akin to meditation and it does remove emotional traumas that are hidden deep in the subconscious mind. To sum up – Holosync does exactly what it says it will do if you follow the instructions. 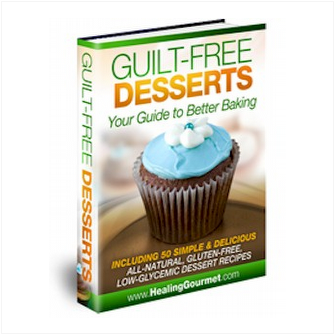 Inside Guilt-Free Desserts, you will find 50 of the most sumptuous dessert recipes that wont pack on the pounds or spike your bloo[...]
Read More
⇛ view similar products
Improve Your Handwriting

New ways to form your letters to make them more consistent. How correcting your posture can help improve your handwriting. 4 Compo[...]
Read More
⇛ view similar products
Improve Your Handwriting

How to become a professional fashion designer is a 65 page full colour book with step by step details on everything you need to kn[...]
Read More
⇛ view similar products
Footybetter Extra